USA Skeleton Training For the Olympics

In 2001, I was the push coach for the 2002 skeleton men’s and women’s teams. If you are unfamiliar with the sport, check it out on the Olympics that are currently being aired.

The push is about 14 strides, maybe 25-35 yards. Of course, being on ice you get going pretty quick, but it was interesting being new to the sport how most of the same runs of speed applied to an athlete leaning over, hanging onto a sled rapidly moving down-hill.

The foot placement at the start was the key and I used the same mechanics as I did with the 40-yard dash start in football. The turnover was equally important.

During push training on the indoor ice track in Canada, I used extensively our pedal the bicycle drill to make rapid improvements.

We constantly had to work on ways to keep the shoulders high to allow the knees to come up and around, under their torso. The run with no arms was immensely helpful because both hands held the sled so they had no arms for the legs to copy.  The one-handed push that you see today had not yet made the scene
The central point of this is that speed and proper technique is crucial to all sports.  This is why we focus primarily on sprinting and training at high speeds.  The weight training was a very important part of the training, but it was the quick explosive movements that are important to Skeleton.  We touch the Olympic lifts with a mix of fast explosive movements to keep healthy and develop core strength.

That 2002 skeleton team won women's gold and silver and the men won gold. 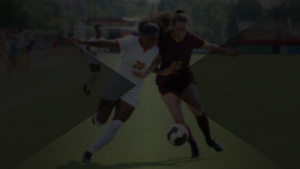