ARE YOU READY FOR SOME FOOTBALL?!

Labor Day was this past Monday--that means the NFL Season is about to be under way!

As a one time strength and conditioning coach for the Dallas Cowboys, a high school football coach and a college football student-athlete, I will always love the sport of football and consider the Cowboys my team.

The Dallas Cowboys open their season this Sunday at home against the Tampa Bay Buccaneers on Sunday Night Football. Let’s have a little fun and make a prediction for how this year will go.

I want to begin with a quick observation about Tom Brady. As any coach knows, longevity is a big end-game. In life, the secret to longevity is to keep breathing.

Performance will always be tied to that because in sports, you don’t have a long career without being productive. Even in high school, the goal is to train to be bigger and stronger and faster so that they can hopefully be more productive and earn more playing time and even potentially a scholarship if they desire to pursue it.

However, even after we retire from competitive sports, all this training is still intended to keep us healthy. As coaches, we are equipping kids with knowledge that they can use beyond their athletic careers.

As a case study, Tom Brady has clearly done a good job with his nutrition and his recovery. This is not an endorsement of any particular product, just validation of what I’ve already been preaching before he even entered the league. Those disciplines are essential.

As for the Cowboys, for years my running joke (that was funny because it was true) when somebody asked about how they would do was “8 and 8,” referring to a .500 season of eight wins and eight losses. At times that felt generous.

Now there’s a 17th game but other things have changed.

The Cowboys have a good one. I’m not worried about where you would have him ranked in the league. The reality is that Dak is a good NFL QB and he is the reason why the Cowboys can win their division.

Their division isn’t looked at as being all that great, anyways.

Then there is the adage that defense wins championships. Hard to disagree. Even the Rams who won the Super Bowl couldn’t have done so without guys like Aaron Donald.

When you have players as special as Donald like Micah Parsons on a defense, it can change the unit as a whole. He makes everybody around him better. It reminds me of Charles Haley in the early 90s who also brought a nastiness that was contagious.

As I said, if you have a quarterback, you have a chance. And in this league, your focus needs to be winning your division. That earns you a playoff spot, and just making the tournament is half the battle.

The question you have to ask is how good do you think the QBs are for the other teams in the division. I simply believe the Cowboys have the best QB in the division. Not even an indictment on the other starters, just an objective evaluation most would agree with.

In football, you play your divisional opponents twice each year so it gives you a chance to stack wins if you are the better team. Maybe the Cowboys can repeat last year’s success with that.

These are the usual suspects that influence the results of individual games and can make or break a season. Alone, they can be overcome. Put them all together and it’s a bad recipe.

As we know, the Cowboys were heavily penalized last year. That needs to change. Granted, there is a variable with the third party involved in the officials. You watch at home. You make the calls.

Allow me to illustrate the magnitude of penalties. On offense you make a play for a 20-yard gain and get a first down. However, a holding at the line of scrimmage means a 10-yard penalty plus bring back the gain and you essentially have a 30-yard penalty. First down or not you are sunk.

Holding can also be a spot foul, but pass interference is the big one that’s always a spot foul.

Likewise, on defense, lining up offsides is five yards, but if you had stopped the offense on 3rd and 4, then they get a first down instead of 4th down. Ask Kansas City Chiefs’ Dee Ford about his infamous lining up offsides against the Patriots in 2019. Not only that, a penalty on a third down stop is a turnover. Two for one: the other teams get yardage and keeps the ball instead of punting.

There is still a point where the talent and the technique is there or it’s not. It’s one reason why Zack Martin has made more Pro Bowls than had holding calls in his career.

With special teams, there’s a couple ways to look at it. The Cowboys have one of the best punters in the league. While punters don’t score points, field position is huge in any level football game.

The Cowboys kicking game leaves everybody wanting. In a league with so much parity, games can often come down to a field goal. Who knows if Dallas will be able to convert those.

At least they seem to have found a capable returner who has potential. That can change a game too, so special teams aren’t necessarily a liability for the team as a whole. If their kicker exceeds expectations, this is actually a strength of the team.

While the Cowboys were great at forcing turnovers last year, it’s one of the more difficult stats to sustain. Still, it isn’t out of the question that the Cowboys have success in this area. This also goes back to talent. More talented players can put themselves in positions to create turnovers. It’s why Charles Tillman became known for the “peanut punch.” When it happens consistently, it is a skill.

One of the more recent stories that came out of the Cowboys preseason was the injury to their left tackle. It was a non-contact injury in practice, so not playing in preseason doesn't protect you. It is always a question being in game-shape going from 15 plays at preseason speed to 80+ plays at NFL speed. New game.

It’s the NFL. Anybody can get hurt on any given play. Saying “if so-and-so stays healthy” applies to everybody when looking at how they will do.

Even Tom Brady missed a year, years ago.

There’s a difference between being hurt and being injured. At this level of pro sports, just about everybody is playing “hurt.” The goal is to try to avoid getting injured and actually missing games. You train so that your body can hopefully handle the stress of sports. You’ll have contact injuries, and you’ll have non-contact injuries.

So my prediction is 17-0 and the Super Bowl.

Kidding. My prediction is that it’s going to be a fun season. They will win some. They will lose some. And sometimes it will rain.

Just enjoy the season! But feel free to comment below how you think they will do. 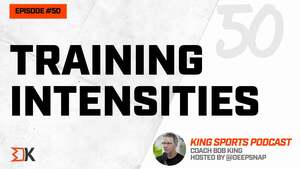 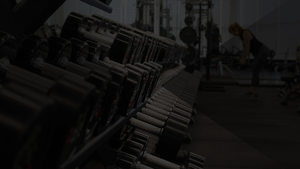 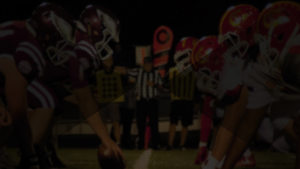